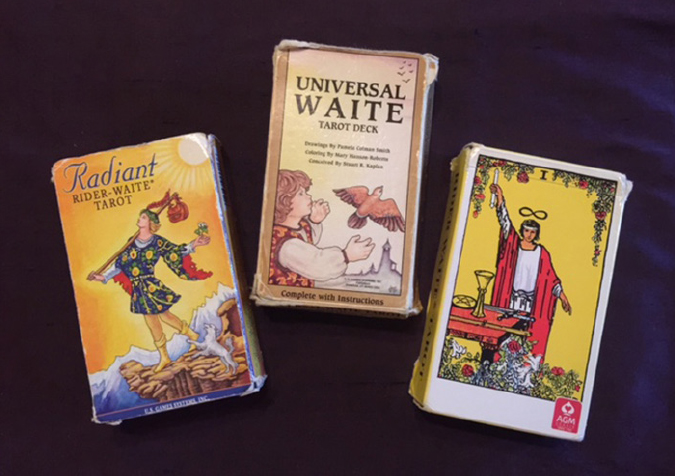 When learning Tarot, the first consideration is what deck to choose from the vast array available. This was not always the case, however in the past 40 years, Tarot decks have been produced in abundance. The Rider Waite Smith deck which was first published in 1911, is the most commonly used deck for the learning of Tarot. This deck was produced by Arthur Edgar Waite and the images were created by Pamela Coleman Smith. It was created out of a need for the availability of Tarot decks in the English- speaking world. Arthur Edgar Waite was a member of The Golden Dawn which had a profound influence on Tarot in the late 19th and early 20th centuries. Prior to this, decks were sourced from Europe and little instruction on Tarot was available in English. This deck has been widely used since its first publication and comes in a variety of versions including the Universal, the Radiant and the Original. All versions are equally appropriate for the study of Tarot.

The images on these cards provide literal meanings as well as esoteric symbols. The Major Arcana cards are numbered 0 to 21, while the pip cards bear a number from 1 to 10 and the emblem of one of the four suits of Wands, Cups, Swords and Pentacles. Each suit also has four court cards, The Page, Knight, Queen and King. These sixteen court cards are the who’s who in the Tarot deck. These suits correspond to the four suits of playing cards Clubs, Hearts, Spades and Diamonds respectively. The four suits of Tarot also correspond to the four elements of Fire, Water, Air and Earth so there is a strong connection between the study of Tarot and Astrology.

Once you have a grasp on the fundamentals of Tarot, you may be interested in pursuing study and practice with other decks depending on your interests. For example, nature based decks such as the Wildwood, Druidcraft or Sacred Circle are excellent for working with the seasons and the cycles of the year. They serve as a tool for understanding and attuning with nature. Working with a variety of decks aids in the development of intuition and adds to knowledge of the meanings of each card.
While learning the meaning of the cards is a starting point, it is practical experience with reading the cards that is essential to gaining skill in reading. Getting to know your deck with a daily draw of one to three cards is an excellent way to familiarize yourself the seventy-eight cards. 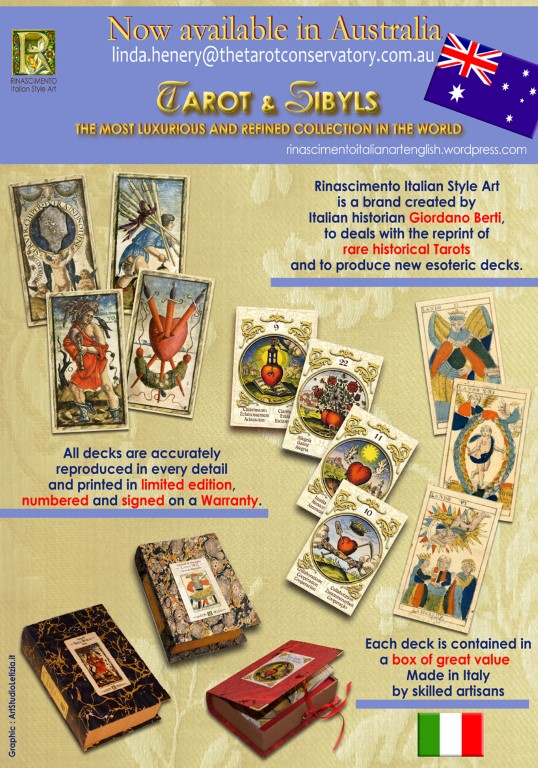 Visit this website to keep up-to-date with upcoming workshops and information on classes and courses.